Again and in the broad daylight and in front of the local government and the security forces in the province of Kerkuk, gangs and militias belonging to the Kurdish parties are attacking unarmed Turkmen civilians and for reasons that have become obvious and clear.

At 3 pm on Friday, June 23, 2017, a gang robbed a Turkmen citizen’s car, in the old Saydeen Street of Wasiti neighborhood in the center of the province. An eyewitness (who declined to be identified) said “This was a gang consisting of four Gunmen were riding a Merzi pickup car with a white color. Two of them were wearing Kurdish uniforms and others wearing green uniforms similar to Asayish (security forces) of the Patriotic Union of Kurdistan (PUK) clothes. They stole a Toyota 2017 GXR belonging to a Turkmen citizen (Salam Koprli). According to the same witness, “the gunmen tried to oblige the citizen to hand over the keys of his car by force. The owner tried to get rid of them; he threw the key to the house adjacent to the location. One of the gunmen stormed the house and attacked the owner of the house with a back of the gun caused wound to his head, and blood was covering his face, according to a source witnessed the incident. The other gunman threw two shots at the head of the driver of the car where he was lying on the street, but he survived by miracle, after that the gang stole the car and fled.

It is worth mentioning that the site of the incident is located in the middle of several security points. Only 300 meters away, and towards the neighborhood of (Wahid Huzayran). There is an emergency police station for the first regiment, but they completely did not move, although the incident’s duration was about half an hour. Also the headquarters of the Asayish (Kurdish Security Force) is located in the other side of Al Wasiti neighborhood, but they did not move a foot also, although the gunmen used the same main street (Al Saydeen) during the attack and withdrawal.

These criminal operations, which occurs daily, target the Turkmen citizens in the province of Kirkuk, in the face of the failure or involvement of the local security services, require a courageous and brave stand from the commander-in-chief of the armed forces as the country’s top security official and his serious move to bring federal forces to protect the people of the city. Or arm the people of the city to protect themselves from the brutality of criminal gangs. Also it is required from the Iraqi parliament to form a committee to investigate these crimes and to find out the details and purposes.

Monograph (Report): Response to and reparations for conflict-related sexual violence in Iraq: the case of Shi’a Turkmen

Monograph (Report): Response to and reparations for conflict-related sexual violence in Iraq: the case of Shi’a Turkmens 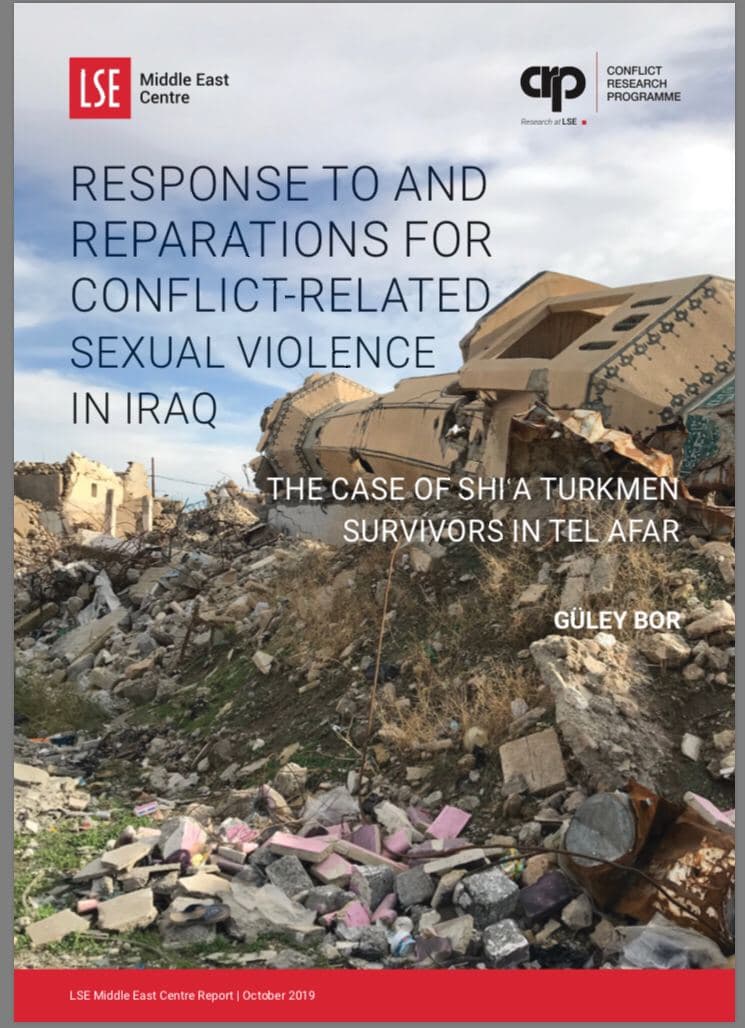